Emden, August 2021 | For countless holiday guests, the island of Borkum is the “most beautiful pile of sand in the world”. More than 300,000 guests spend around 2.5 million overnight stays on the largest and most western of the East Frisian Islands. There are also numerous day trippers who want to experience that island feeling for a few hours. The AG “EMS” provides regular services from the mainland with its car and passenger ferries and the high-tech catamaran “Nordlicht”. The islands of Helgoland and Neuwerk also belong to the portfolio of the group of companies that today offers tourist and maritime services on and around the islands.

The company sets milestones with innovative projects, and quality and safety as well as innovation and sustainability set the tone. Since 2015, for example, investments have been made in alternative, environmentally friendly liquid gas drives with LNG (Liquefied Natural Gas) for the ferries MS “Ostfriesland” and MS “Helgoland”. This year, the third ship, the MS “Münsterland”, should be put into service, which travels through the Wadden Sea with almost no emissions. “It was not only here that the corona pandemic hit us hard,” says AG “EMS” board member Dr. Bernhard Brons. In times of lockdown, ship operations were switched to a pure island supply, so that of 17 ships in the fleet, 15 were lying in the roads. MS “Münsterland”, the Borkum ferry, which runs from Eemshaven to the North Sea island of Borkum, is being reconstructed, extended and modernized in Delfzijl, the Netherlands.

The second ship project, the new construction of the “Nordlicht II” catamaran, will also be environmentally friendly in the future, as the company will be using environmentally friendly GTL (gas to liquid) for propulsion in future. The express ship, which should already have been used this summer in the regular service from Cuxhaven to Helgoland, is delayed due to the pandemic. “The situation on the world market caught us off guard,” says Brons, because the high-speed ship “Segelbereit” has been in Singapore from May to October and has been waiting to be shipped. In the meantime, it made the 15,000 km journey “piggyback” on a transport ship and reached its home port Emden.

The AG “EMS” has teamed up with the shipyard Diedrich from Oldersum and MARIKO GmbH from Leer for a project for the innovative new construction of a methanol port boat for the port of Emden. The new building is to run purely electrically, be equipped with fuel cells and have an innovative ship design to adjust the clearance height under bridges.

For the purely electric propulsion of the new port boat, it is planned that the batteries will be supported by additional fuel cells as range extenders in order to be able to cope with one day’s tours. As a result, the batteries are smaller and the weight of the port boat can be kept low, which in turn benefits energy consumption. Bio-methanol will be used as a clean fuel for the fuel cells. The experience with LNG during the reconstructions of the Borkum ferries “MS Ostfriesland” and now “MS Münsterland” makes the step to methanol, as another alternative fuel to diesel, easier for the AG “EMS”. 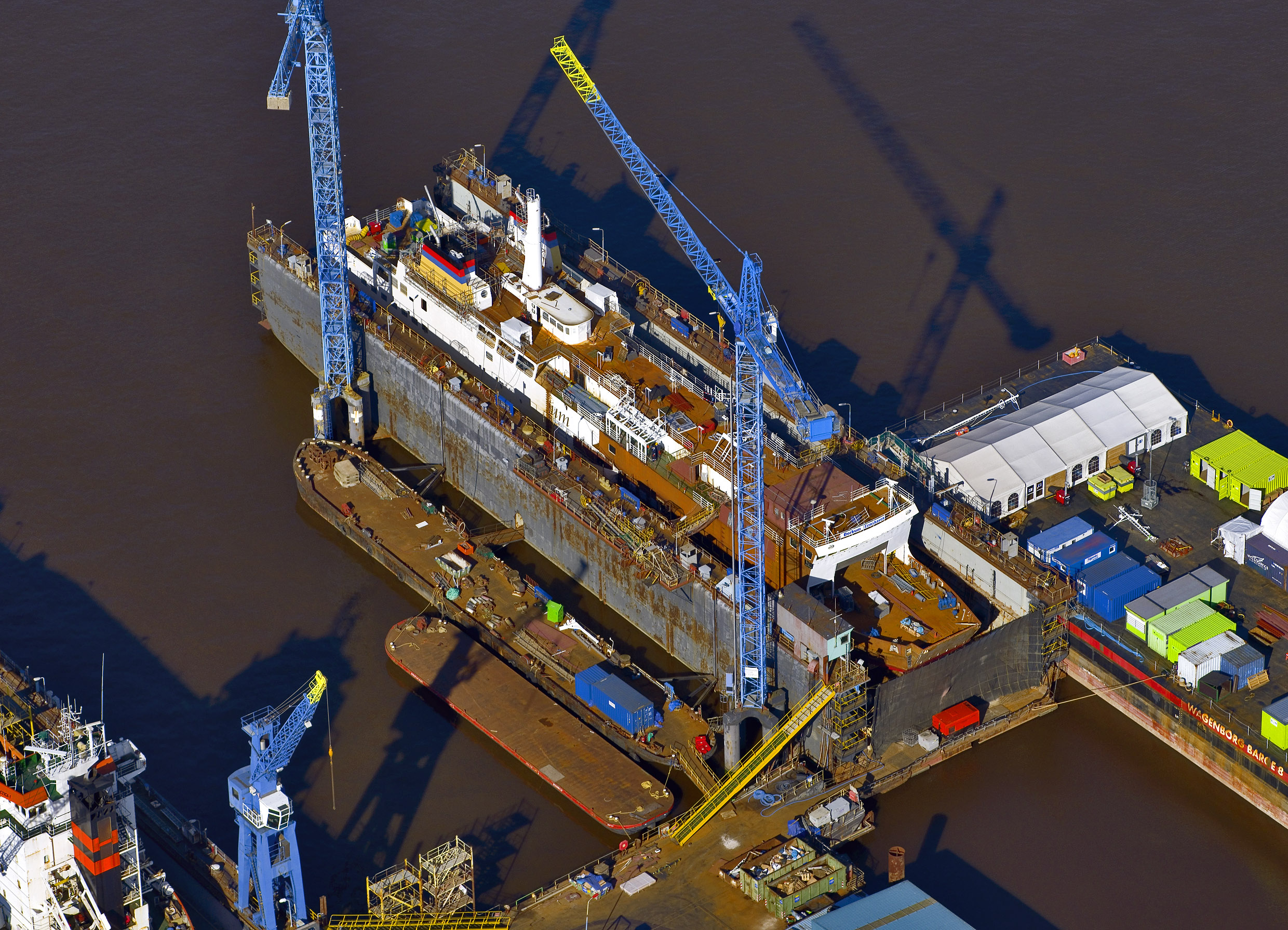