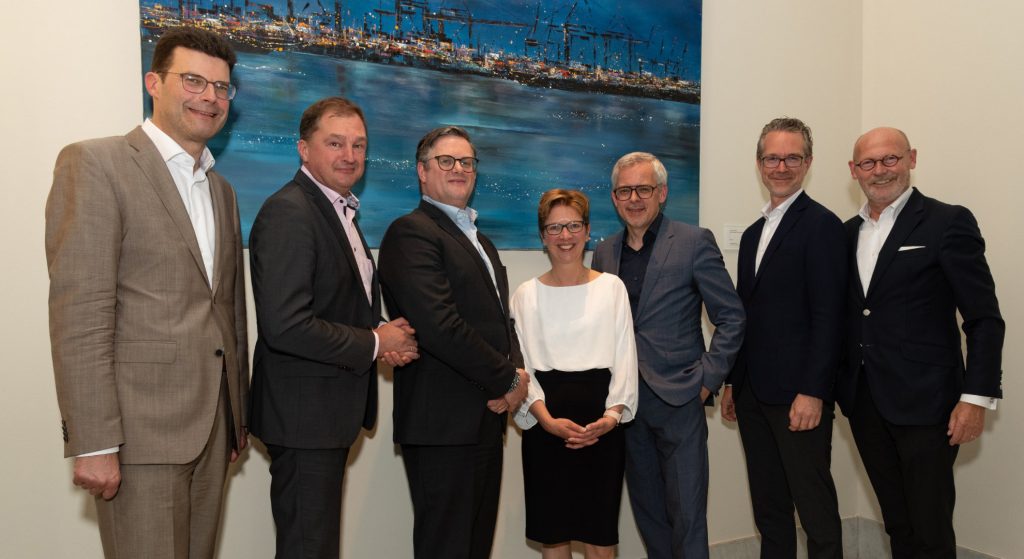 Closer cooperation between the German North Sea ports is possible. This was one of the results of the first joint port evening of the North German seaports in Berlin. More than 100 participants followed the exciting discussion rounds chaired by DVV Publishing Director Oliver Detje.

Under the heading "German North Sea Ports - Together Towards the Future", business representatives and the heads of the ministries responsible for ports discussed the future positioning of the German North Sea ports. For it is not only at the federal level that port policy is being considered, new port development plans are also currently being drawn up in Bremen and Hamburg. In Lower Saxony, a paper describing the perspectives of the ports for the coming decade was recently drawn up.

In all federal states, the discussions are shaped by the same objectives: it is about competitiveness, especially in relation to the nationally strongly supported locations in Belgium, the Netherlands and France, and it is about the expansion of infrastructure. It became clear at the event that, in addition, the major future issues of energy security, climate neutrality, digitalisation and automation are becoming central fields of port policy.

In order to cope with these tasks, the National Ports Strategy must offer significantly more support for the ports. At the same time, the port locations are called upon to master the upcoming challenges in close cooperation.

Dr Claudia Schilling, Senator for Science and Ports: "The new development of a National Ports Strategy is absolutely necessary in the current situation. Only if the federal and state governments, but also the port and transport industries, work closely together can the ports ensure Germany's security of supply and independence in terms of energy policy. Bremen and the other coastal states will continue to live up to their responsibility and invest in the port infrastructure in the future. At the same time, we have the expectation that the federal government will participate in this in an appropriate manner."

Michael Westhagemann, Senator for Economics and Innovation: "We have to become faster. The framework conditions must be right. Only then will we all develop the future of the ports together. And only then will our ports become energy hubs and only then will we succeed in achieving climate neutrality."

Dr Berend Lindner, State Secretary of Lower Saxony's Ministry of Economics, Labour, Transport and Digitalisation: "An efficient transport network and a well-developed infrastructure are essential for the ports of northern Germany. In order to strengthen the competitiveness of our seaports in comparison to the western ports, infrastructure projects must be further accelerated. The current example of the planning and realisation of the LNG jetty in Wilhelmshaven clearly shows that it is possible to implement major projects in a timely manner. The Federal LNG Acceleration Act sets the decisive legal framework for this."