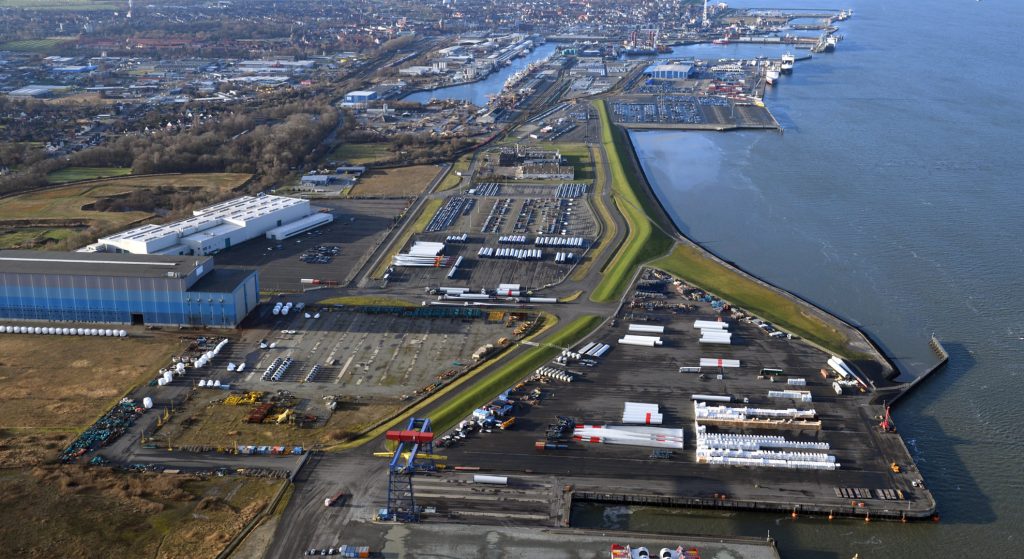 Confidently into the future!

Anyone who lets their gaze wander along the coastal area will quickly notice that one port location is working its way further and further into focus: Cuxhaven. From an inconspicuous little town on the map to a flourishing transhipment and development centre on the North Sea and Elbe within just a few years. A success story that, in view of strong and local industry partners and an excellent network, is to be continued in the long term on the regional and supra-regional economic market.

The fact that Cuxhaven will continue to play a key role in the market in the areas of port management, logistics and infrastructure development is due not only to its economic commitment but also to its geographical location. The motorway, trunk road and railway network lead directly to the waterfront - and thus provide the port with a unique connection in Europe. Advantages from which global market leaders have recently profited by locating here and local companies by expanding their space.

The focus of all companies is on the climate protection goals of the federal government. The path to a new energy age can succeed with Cuxhaven and the resident German Offshore Industry Centre (DOIZ). The basis for this has been created at Germany's largest main hub for wind energy: Siemens Gamesa Renewable Energies now produces the world's largest series turbine for offshore wind farms in the North Sea and worldwide. Production of the new 11 MW turbines started in autumn 2021. From the northernmost point of Niedersachsen to the world - "made in Cuxhaven" - one wheel meshes with the other in this process: Through Siemens Gamesa RE and the neighbouring production facility of TITAN Wind, synergy effects are used to produce turbine and foundation for an offshore wind turbine with low CO₂ emissions.

Short distances in production, short distances in transport: these factors characterise the port of Cuxhaven: It is usually only a few metres from the production facility to the quay edge. Blue Water BREB GmbH plays its part in ensuring that the logistics services at the terminal run smoothly and the numbers increase. More than 200 ships call at the DOIZ every year and unload or load over 3,500 large components such as tower sections, rotor blades and gearboxes from all well-known manufacturers for the wind energy industry.

In addition to the infrastructure, the coastal region also offers ideal framework conditions for the development of the hydrogen economy. The enormous number and density of wind turbines means great potential for the production of "green hydrogen" (Power to Gas; Power to X). As a partner in the hydrogen funding pool, Cuxhaven is also a founding member of the "Hyways for Future" and "AquaVentus" projects, among others, in order to achieve long-term sustainability. Initial successes have already been recorded. In the near future, with the support of turneo.GmbH, there will be the first hydrogen filling station in the port area, as well as specially produced hydrogen for maritime applications. Cuxhaven is well aware of its responsibility towards the next generations and is working intensively to become a climate-friendly city.

For a location to be successful, it needs not only the new energies but also the founding fathers in the market and location. For 25 years now, Rhenus Cuxport GmbH has been an integral part of the Cuxhaven port area. Despite the ongoing Corona pandemic and the associated effects on the global economic market, around 2.45 million tonnes of goods were handled in maritime transport in Cuxhaven last year. This corresponds to an increase of 13 percent over the previous year. With 295,644 vehicles handled in 2021, the volume of new vehicles handled is about two percent lower than the previous year, but it also shows that Rhenus Cuxport has built a fundamental construct over the quarter century despite the adverse conditions caused by the pandemic. They are recording rising figures in the seaward handling of general cargo. Here the location has a volume of around 0.94 million tonnes, an increase of ten percent. However, Rhenus Cuxport recorded the biggest leap in success in the solid bulk cargo segment. With 653,919 tonnes, the previous year's result was increased by an impressive 34 percent.

In order for the local companies to be able to grow in the long term, Niedersachsen Ports (NPorts) and the city of Cuxhaven need to realise areas at an early stage. With the planned berths 5 to 7, further potential is to be created over a total length of around 3.6 kilometres directly on the quay wall. A decisive hurdle for this has already been overcome with the land use plan, so that the prerequisites for the expansion of the port of Cuxhaven to become the flagship on the German coast have been created. 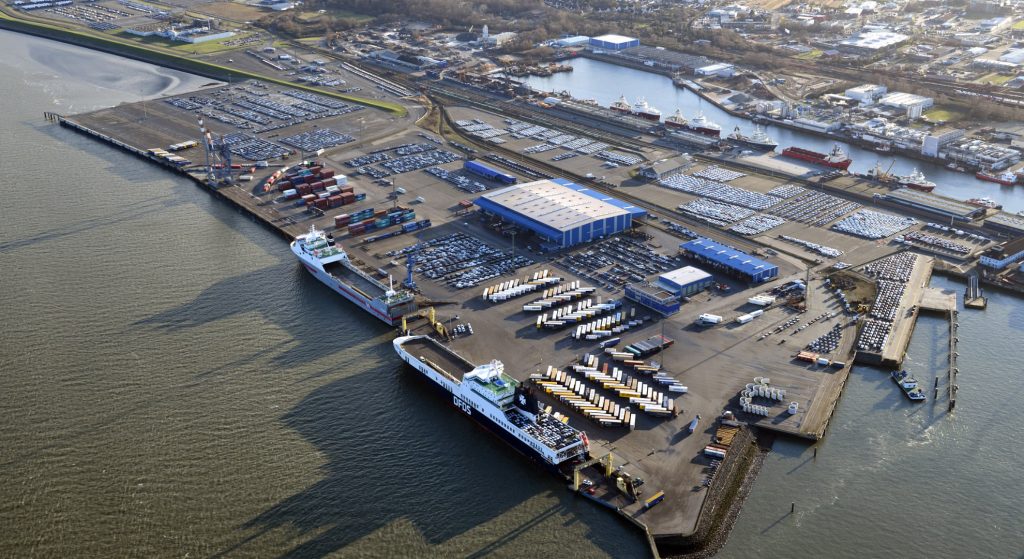